Together they create unique and fearless interventions: an official mixtape for The Act of Killing documentary, a sound swarm at the Paris Climate Summit, a performance in the Calais Jungle migrant camp. Their latest effort, Abandon, is a video series profiling dances of emancipation from work, filmed in locations from coal mines in Borneo to office cubicles in America. The songs of Abandon and a grip of other new tracks will come out this year on the duo’s first full album together, Drapetomania, colliding psychedelic trap, tropical post-folk and a punk ethos into a compelling audio thesis.

Filastine & Nova are foremost performing artists, their live show is where sound, image, and ideas are embodied. They’ve toured the five continents, appearing at festivals such as Sonar (ES), Downtown Cairo Arts (EG), Decibel (US), Les Vieilles Charrues (FR), Foreign Affairs (DE), Mona Foma (AU). For the new Drapetomania performance the duo are working with a guest dancer and cinematic multi-screen visuals to conjure an emergency exit from the anthropocene. Expect to find them anywhere, turning friction into beauty. 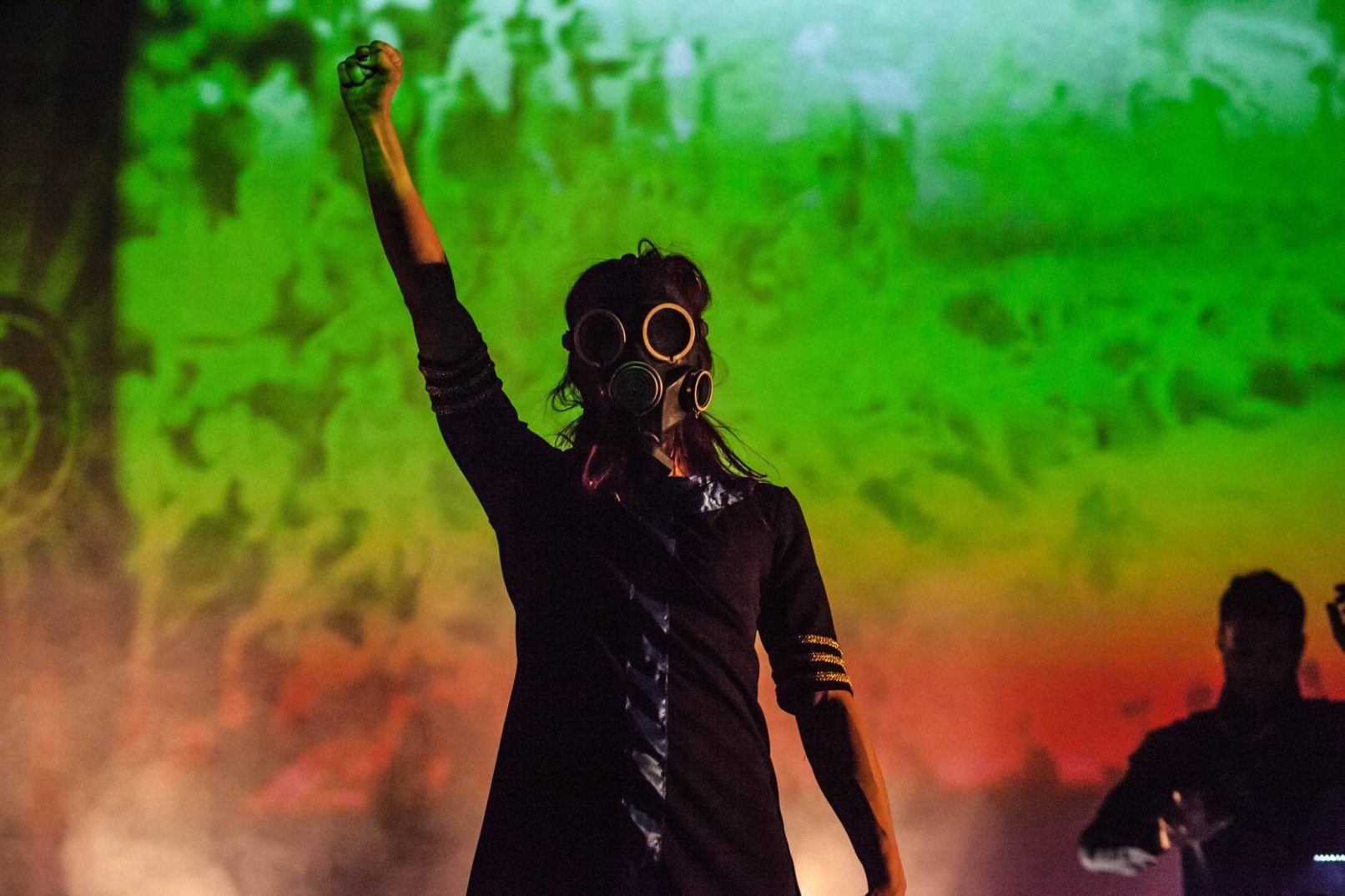