Mana is Daniele Mana latest project which recently found its home in the legendary London based Hyperdub.
His works  are featured by unpredictables evolutions and an unique  taste for melodies. He  writes and produce for theatre, film  and advertising  alongside his artistic projects as Vaghe Stelle , One Circle, an ensemble formed by Mana, Lorenzo Senni and Francesco Fantini.

After his 2017’s debut EP for Hyperdub, ‘Creature’, which was a taut, evocative suite of beatless, almost neo-classical electronics, on this new album we find his music has caught an alien virus and started hallucinating.

His lastest work ‘Asa Nisi Masa’ is inspired by a phrase that has no real meaning, from a scene from Fellini’s classic surreal autobiographical film 8 1/2.  Following his zig-zagging debut ‘Seven Steps Behind’ for Hyperdub in 2018, the new music was recorded from the end of 2019 to May 2020, mostly made in Quarantine. The music here leans into the influences of late 70’s early 80’s Italian modern classical and film music and intersects with fourth world experiments of John Hassell and Sakamoto’s period around Async. As with his previous work, fm synthesis and the human voice are contorted into odd timbres, so often the listener cannot tell where one starts and finishes, however the lighter tone of Asa leaves aside the foreboding darkness of his last album. 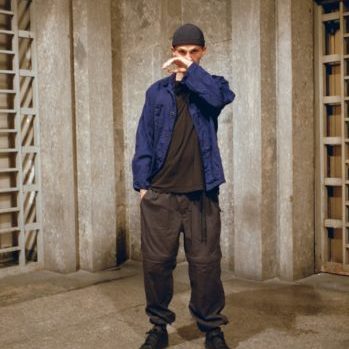