Bruno Bavota is a young Italian composer and multi-instrumentalist with seemingly boundless potential, and an extraordinary gift for marrying the intellectual and emotional into earnest and profoundly effective songs. Though favorably compared in his early career to another Italian composer, the legendary Ludovico Einaudi, Bavota has found himself increasingly pursuing ways to distort and disturb traditional arrangements and melodies in pursuit of a more distinct resonance.

Armed with a plethora of outboard effects pedals and processors, Bavota manually manipulates his songs in real time as he performs – often with his bare hands engaged in a seesaw battle of construction against obstruction. It infuses a genuine sense of tension and forward momentum that makes his work extraordinarily poignant.

In the early months of 2020, when the COVID-19 outbreak ravaged his home country of Italy, prolific composer Bruno Bavota did what we all would eventually do: isolated and waited. What followed was a year of fear, anxiety, and dread. Eventually, fear gave way to fatigue, and the anxiety metamorphosized into nervous energy. The compulsion to create became more powerful than the compression and weight. And so were born Apartment Songs and Apartment Loops. Representing two separate but intersecting paths of Bavota’s creative journey, Apartment Songs is a suite of sparse solo acoustic piano works, while Apartment Loops are expansive explorations for synthesizers and outboard effects processors. 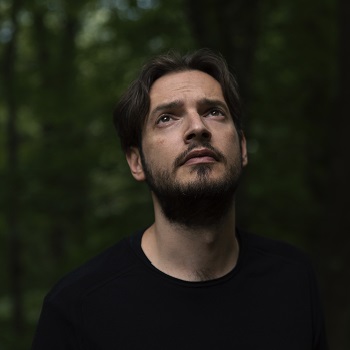